Unexpected Fortune? What’s Your Next Step? 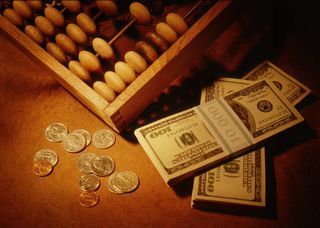 If a lot of money should arrive unexpectedly through an inheritance, the lottery or some other windfall, the majority of Americans say they would be generous and share the wealth, according to the Financial Advisor in “In U.S., Instant Wealth Spawns Philanthropy Boom.”

When asked what they’d do after sharing with family, friends and charities, one thousand people who took part in a survey from BMO Wealth Management in Chicago knew exactly what they’d do:

A total of 51% said they’d pay off their debts after sharing the wealth. After that, they’d invest in the stock market, buy a business or purchase some real estate (49%). They also said they would keep their financial goals basically the same (43%).

A total of 22% said they’d buy big ticket items, and only 18% said they would splurge and go on a wild spending spree.

Their main concern for their estate and legacy would be helping others, learning how to create a legacy with their windfall and avoiding family conflict over the money.

More than a third of those surveyed (36%) said that a big concern would be to have some help with investment and retirement planning. That was followed by concerns of how this new money would impact their retirement plans, and equally concerning, how they would know who to trust now that they were in a position of wealth. They also said they would have to decide whether to work and wondered if the new wealth would cause any stress.

Anyone who receives a large amount of money with no prior notice, faces a challenge with their new-found wealth. People who win large amounts in the lottery, for instance, are often ill equipped to manage the money. They need help getting their money managed, so that the cash does not overwhelm them—or evaporate.

Posted at 06:33 AM in Generations, Inheritance, Wealth Investments | Permalink | Comments (0)