A ‘Real Housewives’ Has a Real Battle

Prior to marrying, Echevarria and her husband picked out a home in Miami Beach that he purchased in his name alone. A prenuptial agreement was signed which included a provision that upon his death, ownership of the house would be transferred to her.

The two announced that they were separating in 2015, but according to Echevarria, they continued to live together until his death in 2016.

His estate went to his two sons from a previous relationship. Echevarria claims they are attempting to seize the house as part of the estate.

It is not uncommon for stepparents and children to have disputes over an estate.

An estate planning attorney can advise you on creating an estate plan that meets your specific needs.

Premarital Agreement: The "Other" Proposal

A premarital agreement, sometimes known as a prenup proposal is a bit of an oxymoron. With a marriage proposal, you are pledging to love and care for your future spouse for life, for better or for worse. When a prenup enters the equation, you are basically throwing in a contingency plan. This can create mixed emotions to say the least.

Still, especially with blending families, a prenup can be a prudent tool to maintain peace and domestic tranquility between the respective sides of the to-be-formed family. Love may be blind, but it is best to enter the marriage with both eyes open. Not surprisingly, the use of prenups is on the rise.

For an interesting perspective on the prenup, consider a recently published article from Reuters called “Three things to consider before you ask for a pre-nup.” What exactly should you consider?

Well for starters, every prenup represents the coming together of two very different and complex financial lives, two lives of separate assets and separate liabilities. Things can get complicated quickly. A prenup, however, offers both a way of seeing difficulties and of resolving them far in advance.

Another interesting take-away from the article is that future inheritances ought to be addressed in the prenup, not just your current income and assets. How and when an inheritance may be received can be extremely important, especially when the inheritance may include important family assets, even ownership in a family business. Consequently, those planning for such “family assets” in their estates today already may be asking of their children to include these assets in the prenuptial agreement negotiations simply to protect the family.

There is much to consider when it comes to planning a premarital agreement, in addition to a wedding itself. If you are needing a little more encouragement, then a Forbes article titled “Why I Decided To Get A Prenup -- And So Should You” may help address some of your concerns.

Reference: Reuters (November 27, 2013) “Three things to consider before you ask for a pre-nup”

Post-Nuptial Agreements & Retirement Plans: Be Careful Out There!

It is becoming more and more common for a marriage to start with an agreement; and we are not talking about the type of cake served at the reception. Nowadays we are seeing an rise in pre-nuptial or even post-nuptial agreements before anyone walks down the aisle. If you are considering this type of prerequisite, make sure you understand them and plan accordingly … or risk an unexpected backfire down the road.

Specifically, and in light of the recent case of Mid-American Pension v. Michael Cox, it is important to appreciate that 401(k) plans and other specific assets with named beneficiaries and separate legal designations are just tricky when it comes to any legal planning. More to the point, pre-nuptial or post-nuptial planning for these assets can be risky, as highlighted in a recent article in The Slott Report titled “Using Post-Nuptial Agreements for Employer Plan Benefits is Risky.”

In the case of Mid-American Pension v. Michael Cox, a husband and wife came to an agreement and signed a post-nuptial agreement promising to disclaim any right to the other’s assets in the event of divorce. Mr. Cox filed for divorce (this was the third time, and they had been married to and divorced from each other twice before), but never succeeded because he passed away before the proceedings could be concluded. All the same, Mrs. Cox was supposed to disclaim everything, including his 401(k) plan, but that did not happen. The parents of Mr. Cox were the intended and designated beneficiaries of their son’s 401(k).

When the not-yet-ex-wife and her in-laws went to court, Mrs. Cox prevailed because the proper protocol for disclaiming an interest in retirement funds was not followed. You see, 401(k) plans, pensions, and the like have very specific and legally enforced requirements, and the post-nuptial agreement did not cut the mustard. In fact, a simple form from the plan provider would be necessary in this instance.

Retirement plans and pensions are one thing, but they are not the only assets to consider when entering into a pre-nuptial or post-nuptial agreement. Follow the “carpenter’s rule”- measure twice and cut once. There are few do-overs if the time ever comes when the agreement must be enforced.

Those planning to marry their same-sex partners are coming up against a hurdle known all too well by “late-in-life” marriages – combining two established lives personally, financially and legally. Enter the prenup, sometimes known as a premarital agreement.

The term “late-in-life marriage,” while perhaps not soft on the ego, is a term designed to acknowledge that you are not blushing eighteen-year-olds, with no assets, careers, or names in the world. In fact, most same-sex partners, couples, and married persons will have fully established and separate financial and legal lives, sometimes by design and often by strict necessity. Regardless, marriage in this new, post-DOMA world will mean a collapse of those borders.

Whether heterosexual or homosexual, couples that are comprised of well-established individuals have much to consider, including retirement accounts and even accrued liabilities. Consequently, marriage may require planning what should be joined and what should remain separate.

The original article illustrates how prenuptial agreements are being deployed today as more and more persons marry “late-in-life” and that same-sex marriages are (now) no exception in this regard.

Premarital Agreements in Wichita, KS means “Before” the Honeymoon 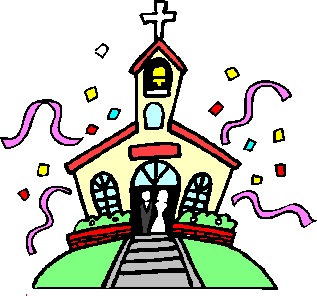 Spring brings about more than just Spring showers and May flowers.  Don’t forget about those Spring weddings! With many of these weddings financial discussions will arise that require deep thought and planning, well before the wedding bells ring.

Marriage is not just “tying the knot,” so to speak. No, marriage by its legal nature includes tying together all of your financial resources and interests. Unfortunately, these days marriage also has a dark side too: divorce.

For those couples with important financial resources and interests in the marital mix, they may elect to use a prenuptial agreement as sort of an “insurance” policy in the event the marriage doesn’t work out as planned.

Prenuptial agreements are nowhere as exotic as they are portrayed in the popular imagination. They can be, nevertheless, useful and important documents when produced through a spirit of full disclosure, careful deliberation, and independent legal representation. Otherwise, as pointed out in numerous articles these days, no prenuptial agreement is ironclad unless it is done correctly like the contractual understanding that it is.

Used correctly, a prenuptial agreement can help a couple frame their financial resources and interests in the context of their life together come what may.

That can provide great peace of mind, especially when blending families and the children from those families.

Reference: Forbes (April 2, 2013) “Five Reasons Your Prenup Might Be Invalid”

If you keep up on celebrity gossip as it relates to those high-profile marriages and divorces, you often hear that six letter word:  Prenup. But don’t be fooled – prenups are not just reserved for rock stars and Hollywood hotshots.  This additional planning tool is becoming another item on the wedding “to-do” list for many couples before vows are exchanged.

Naturally, there are too-numerous-to-print opinions on this question. In fact, the New York Times recently assembled its own collection of opinions regarding this debate in a blog post titled “The Power of the Prenup,” which shared the page with an opinion piece titled “Prenups for Some, Money Talk for All.”

Practically speaking, once emotions are set aside (if they can be), prenups have their place as part of a “process.” That process is called “communication.” Since money matters top many studies regarding the sources of marital strife, money matters are a logical issue to address before tying the knot. A full disclosure of assets – and liabilities – is a good place to start.

Truth be told, a marriage (or remarriage) is a blending of lives and a blending of assets. In many marriages, the assets are fairly simple. In others, they are extremely complex. For example, closely-held business interests or family trusts can carry with them the extended interests of extended family. Unless these complex assets are considered, their ownership recognized and their eventual disposition agreed upon, then marital strife is often waiting in the wings.

Before you say “I do,” be sure you fully understand and appreciate the consequences of your marriage when it comes to your assets. Accordingly, a well-drafted prenuptial agreement may be one of the tools to facilitate “communication” with your intended spouse and help prevent problems from spoiling your lives together.