Your Image May Be Worth More Dead Than Alive 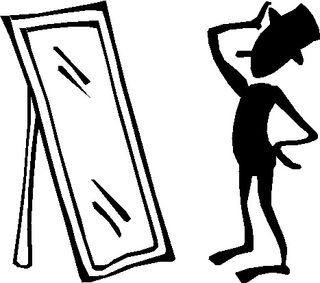 When it comes to celebrities, image is everything. And since the IRS has begun to use “image and likeness” as a factor and real-dollar taxable asset in estate valuation, this statement holds true even after death. Such is the case of the Michael Jackson estate.

You can read all about this tax saga in a recent Bloomberg article titled “Protests Surge as IRS Sets Jackson Image at $430 Million: Taxes.”

For most of us, the value of our “image and likeness” is not likely to push our estates into ever higher estate tax exposure. However, Michael Jackson’s image was not only recognizable, but outright valuable it seems. What was a blessing in life has turned out to be a curse after death.

Now, the Jackson estate was not caught napping on this one. No, the estate offered up $2,105 in value to the IRS for his “image and likeness.” The IRS was not amused and its calculator came up with a value of $430 million - and then went to collect for penalties at the estate’s failure to anticipate such big numbers.

While it is hard to deny that the Jackson image (at any stage of his career) is anything less than a cultural icon, this would seem to be a hard thing to properly own and even properly value.

To help put things into perspective, too, remember that the “image and likeness” of the long-deceased Tupac made its return to the stage just a short time ago, causing havoc in estate planning circles even without the ire of the IRS. [If you missed that Forbes article it was titled “What Does Tupac's Hologram Mean For Other Celebrity Estates?”]

This image valuation is a major point of contention in the Jackson estate and is instructive for the entire estate planning community. For example, the move is causing a pushback from estate planners and celebrities trying to keep their planning straight (how do you plan for your image?), and the original article explores how the battle lines are drawing.

Whether you are a king of pop, likely to lead a music festival post-mortem and in hologram, or have a face that could launch a thousand ships (Helen of Troy), this case offers some insight into the role of value when it comes to IRS math.

Posted at 04:02 AM in Estate Planning, Estate Valuation | Permalink | Comments (0)