How Is Truman Capote’s Estate Handling a Possible Sequel to ‘Breakfast at Tiffany's’? 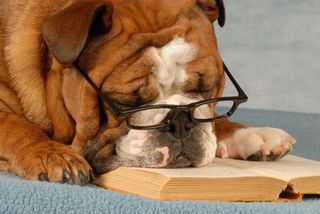 A complaint filed in Los Angeles Superior Court is to decide if Truman Capote’s estate has the right to do a prequel or sequel to “Breakfast at Tiffany's”, or even a television series inspired by the 1961 film classic.

The issue boils down to who has ownership of Truman Capote’s 1958 novella, upon which the movie was based. Prior to his death, Capote reportedly set up a charitable trust that named Alan Schwartz as the trustee.

Fox Business’ recent article entitled “'Breakfast at Tiffany's' follow-up plans now the subject of a legal dispute with Paramount and Truman Capote estate,” says that the complaint states that when he died in 1984, Capote’s estate entered into an agreement with Paramount Pictures that let the studio option a new project based on the novel.

However, there was a time limit on the studio’s right to develop a project, before it would revert back to Schwartz and the charity.

"In 1991, Plaintiff and the Capote Estate entered into an agreement with Paramount, whereby Paramount optioned certain sequel and prequel rights, among others, with respect to the film," states the complaint. "The agreement provided that, if a motion picture was not produced within a certain amount of time, the rights would revert back to Plaintiff."

The plaintiff in the case argues that the studio no longer has any claim to the property, other than to profit off the 1961 movie because its window to do anything related to "Breakfast at Tiffany's” has closed. However, Paramount says that it maintains the rights to the movie because it was under no obligation to produce a film and spent $300,000 for the right to have that option.

The plaintiff states that the reversion of ownership did take place because under the old copyright law, if Capote died during the initial 28-year term, the right to renew the copyright would have passed to statutory heirs.

The lawsuit goes on to discuss the negotiations for the charity to produce a TV series based on the story. Paramount purported is fielding numerous, potentially lucrative bids to produce something. However, Paramount has raised its objections and is said to want nothing short of a motion picture. As a result of that and the legal dispute, all negotiations have reportedly ceased.

How Can I Add Charitable Giving to My Estate Planning? 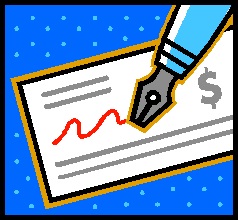 One way many people decide to give to charity, is to donate when they pass away. Adding charitable giving into an estate plan is great way to support a favorite cause.

When researching this approach, you can easily become overwhelmed by all of the tax laws and pitfalls that can make including charitable gifts in your estate plan seem more complex than it needs to be. Talk to an experienced estate planning attorney to help you do it correctly and in the best way for your specific situation.

One way to give is to dictate giving in your will or trust. When reading about charitable giving and estate planning, many people might begin to feel intimidated by estate taxes, feeling their heirs won’t get as much of their money as they hoped. Including a charitable contribution in your estate plan will decrease your estate taxes. This helps to maximize the final value of your estate for your heirs. Speak with your estate planning attorney and make certain that your donation is properly detailed in your plan.

Another way to leverage your estate plan to donate to charity, is to name the charity of your choice as the beneficiary on your retirement account. Charities are exempt from both income and estate taxes, so going with this option guarantees the charity will receive all the account’s value, once it’s been liquidated after your death.

You can also ask your estate planning attorney about a charitable trust. This type of trust is another vehicle by which you can give back through estate planning. For instance, a split-interest trust allows you to donate your assets to a charity but keep some of the benefits of holding those assets. A split-interest trust funds a trust in the charity’s name. You receive a tax deduction any time money is transferred into the trust.

However, note that the donors will continue to control the assets in the trust, which is passed onto the charity at the time of your death. You have several options for charitable trusts, so speak to an experienced estate planning attorney to select the best one for you.

Charitable giving is an important component of many people’s estate plans. Talk to your probate attorney about your options and go with the one that’s most beneficial to you, your heirs and the charities you want to remember.